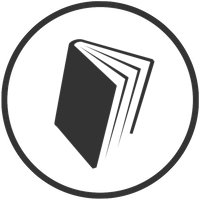 There is only one published biography of Monroe Work, written by Linda O. McMurry. In this excerpt, she examines how and why he began to collect these lynching statistics, his goals and the results. The book is no longer in print, but the publisher has generously granted this website permission to reprint the following passage.
© 1985 by Louisiana State University Press. Used with permission.

“A quiet, reserved man who could only rarely be stirred to display fierce anger, Work was methodical in his work as well as his personal life.... He would work at a task persistently and with painstaking perfectionism....”

Lynching was undoubtedly the most barbarous consequence of racial stereotypes and was thus of special interest to Monroe Work. He first became aware of the extent of the problem about 1900, while he was still a student at Chicago and read a detailed account of lynchings in the Chicago Tribune. He immediately started collecting records of lynchings, but only after he came to Tuskegee did he have the facilities to compile the data in a systematic manner. At the time, the Tribune was the only agency regularly collecting and publishing lynching statistics; a few articles and James E. Cutler's Lynch-Law (1905) were the only other major sources of publicity about this evil. Work decided none of this information was receiving enough attention; the annual reports of the Tribune were being ignored, he believed, because of the reluctance of competing papers to credit their source. He felt sure that other newspapers would publish material on lynching only if it came to them from an independent source.

Lynching had long been a concern of Booker T. Washington, who had sometimes issued public letters on the subject. As early as 1910, Work was regularly sending lynching data to the principal, and he prepared a report on the lynchings of 1912 for distribution. This endeavor met with some opposition at Tuskegee Institute, for both Robert E. Park and Emmett J. Scott believed that the Department of Records and Research did not have the facilities to compete with the Tribune. Not easily discouraged, Work took the report directly to Mr. Washington, who readily agreed to send it to the Chicago Herald, in the hope that the Herald would gladly accept it in order to compete with the Tribune. Thus, Work took the first step toward his real purpose of making lynching statistics more widely read, and once again he used a small opportunity as a springboard to greater things.

Work began compiling semiannual lynching reports, and by 1914, these were being sent to some three hundred daily newspapers, the Associated Press, and all the leading black papers. In 1915, the World Almanac began publishing Work's record of lynchings. His goal was beginning to be fulfilled, but he knew that the sentiment in favor of lynchings was strongest in southern rural districts, which were still not being reached with the facts. Consequently, beginning in 1922, the lynching report was sent to some two thousand country newspapers, mainly in the South. Many of the editors first greeted the reports with some degree of hostility, but they were soon appeased with the idea of receiving the same sort of service as metropolitan newspapers.

Actually, resentment was fairly easily allayed because of Work's approach to the compilation and distribution of his lynching statistics. Firmly believing that "no sort of propaganda is, in the end, so effective as the facts themselves," he relied on the data to deliver his message. The reports were sent with little editorial comment, and all followed in the same format. First, he gave the total number of lynchings for the year or half-year — and a comparison of those figures with the lynchings of the previous two years.

Next, he categorized the incidents by the race of the victims and the nature of their reported offenses. Since one of his primary purposes was to illustrate that the majority of lynchings were not for the "one great cause," he would then give the percentage of lynchings for the reason of rape. The reports closed with a breakdown of lynchings by state and (after 1913) included a report on lynchings that had been prevented, if any. Later, he added statistics on the indictments, convictions, and sentences of lynchers to indicate appalling laxity of the legal system in combating this evil. Sometimes the report detailed particularly gruesome lynchings; occasionally it included known instances of the murder of innocent people. Generally, the reports were signed by the principal.

In compiling the figures released in these reports, Work relied on the newspapers and other resources processed by the Department of Records and Research. Any mention of lynching in any source would be noted and, if questionable, checked by correspondence. Since Tuskegee was widely considered the center of all things relating to the Negro, reports of lynchings not mentioned in the newspapers would come from interested correspondents. Once verified, they were included in the statistics for the year. As with all the materials in his files, the lynching information was systematically categorized every year. The headings comprised reported cases, lynchings prevented, legal punishment of lynchers, discussions of lynchings, NAACP report on lynching, rapes by whites, and sidelights.

Thanks to Work's painstaking research methods and factual presentations, the Tuskegee Lynching Report gained wide acceptance. In time all other leading compilers of lynching statistics referred their records to the Department of Records and Research for collaboration before they were published.

The American Year Book and the International Year Book joined the World Almanac in publishing Work's data. The files were also used by ministers for sermons and by professors for articles and speeches. But the most widespread use of his statistics was by the press. During 1932, for example, more than two hundred editorial comments on the Tuskegee Lynching Report appeared in newspapers and magazines.

Most important, since lynching was primarily a problem in the South, Work's statistics were widely accepted as accurate by the southern press. For example, the Birmingham Age-Herald called him a "painstaking statistician" and declared his reports were "accepted everywhere as trustworthy." In an editorial denouncing Georgia's leading position in lynching for the year, the Atlanta Constitution said the report "is accepted as being authentic as the accuracy of its statistics in this respect has never been assailed." Work believed that southern acceptance made his lynching report the most valuable of the three then being issued. The Chicago Tribune continued its coverage and the NAACP began issuing similar reports about 1918. Work did not claim to be the first to publish the data, but he did note that the other agencies "were all outside the South" and their reports were perceived as "in general a criticism of the South." Thus, "the South assumed a more or less defensive attitude towards the evil and in many instances sought to justify it." A 1928 editorial in the Montgomery Advertiser confirmed Work's belief by declaring that "the National Association [for the Advancement of Colored People] is a propaganda society" and concluding, "We have always found the Tuskegee records to be reliable."

Work was especially pleased that even small-town southern newspapers used his statistics and editorialized against lynching.

Highlight key points: ON / OFF

1. Why did some of Monroe Work's own colleagues oppose his idea to collect statistics on these incidents? Which colleague supported him?

2. According to this biographer, what was Mr. Work's primary goal when he started the project of documenting lynchings?

3. Although it is not directly stated in the text, why do you think that Mr. Work gave the first report to his boss to distribute it? [If necessary, refer back to Part I to recall more context.] And why was the Chicago Herald their first recipient?

4. Give two reasons that rural southern newspapers softened their stance to the message in Mr. Work's reports, whereas they used to be hostile to that information.

5. Why did Mr. Work include a breakdown of the percentage of time that Rape was used as an allegation?

6. What method did Monroe Work use to check up on a case before he counted it? If he had access to today's technology, how might he have verified it instead?

7. In the end, what was Mr. Work's reputation among those who used his reports? Do you think he planned it that way?